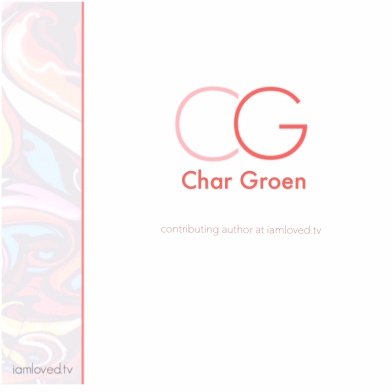 What a roller coaster ride it has been!!   As a young teenager, I would daydream about the guy that I would marry one day. Who would it be? How many kids would we have? Where would we live? As all those queries danced in my imagination, words spoken to me, “No one will ever want to marry you”, crashed into my dreams.

The teenage dating years came, but where were my mine? Were those words that resounded in my mind like a broken record, really true? The tormenting questions bounced around in my mind: What was wrong with me? Why did no one want to date me? Was there no guy that found me attractive or likeable? A sinking heaviness started to settle in me.

I hated myself and became convinced that I was obviously ugly.

Already as a teenager I wondered why I was ever born. I acquired a variety of masks that convincingly disguised my inner turmoil and pain.

The wound of rejection would fester every time one of my friends began dating. An indescribable ache consumed me. Incidents during my childhood/teens laid a foundation of insecurity and low self-esteem. It wasn’t hard for me to believe that I was unlovable; after all, I hated myself as a young teenager and felt a hopelessness for my life.

By the time I reached my late teens and into my early twenties, I made choices that would take years to heal. There was a desperate longing to be ‘accepted and loved’. The phrase, ‘looking for love in all the wrong places’ was an accurate descriptor for me. I became adept at living a dual life, one of being happy with certain aspects of my life and another of secretive, destructive relationship choices.

All through these years/decades there were people that I know God placed in my life that truly did love and care for me. But somehow I always believed that if they only knew the secrets about my life, the promiscuity, the self-hatred, and the hopelessness, would they still love me?

There was always a mixed bag of emotions when siblings and friends got married. The ache of rejection cemented in me, a rejection from a relationship of marriage that I so desired.

My destructive relationship choices confirmed that ‘this’ was all I was going to experience. It was my own fault and now I had to live in the secrecy of these choices and the consequences.

This was not the life I envisioned!! What was I going to do with my life? A career? Doing what? I had to do something!!! I decided to go back to college and busied myself in completing my degree and pursued a career.

Throughout the years, the desire to be married would ebb and flow, only to realize that coming to a place of expectancy was just too painful. Dates occurred along the way but nothing became of them. I was so convinced that I’d be rejected that I sabotaged and bolted from any potential relationship.

What was I to do with this desire to be married?  I put it aside and resigned myself to the fact that I was on my own. I needed healing and freedom. I cried out to the God that I knew of since I was a little girl but now it felt more desperate. I needed purpose and healing!

I read a book that ripped the blinders off my eyes which basically stated that I didn’t have to continue in my destructive patterns of behaviour, thinking and emotions AND that there was hope for healing.

There came a point that I was actually thankful that I didn’t marry because I knew I was damaged goods and brutally insecure. I wouldn’t have been able to go into a marriage and give because there was so much brokenness in me.

I still went through seasons of feeling like I was on a rollercoaster but it was changing. God began a healing that was life changing. He healed my broken heart and the pain that I had carried for so many years. I started to believe that God truly loved me. The lies that I had come to believe as truth were now being replaced by the truth of what God said about me.

It was finally time to get off the roller coaster.

I have found a place of peace and contentment. The storms and pain in my life have made me the person I am today. I am strong. I know who I am. I am happy. No more masks.  The desire to be married is still alive and I believe that God has given me the promise that it will still happen. I am content in this season of being single and look forward to that next season in my life.

God’s love has transformed me, healed me and given me hope.

Great things are yet to come!! I know that #iamloved.

How has God revealed His love to you? Share your story and it could be featured on iamloved.tv.