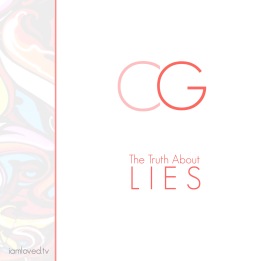 I’ll bet that you could easily rattle off several negative things that you’ve believed about yourself, if not now, then in your past.

Those hurtful words that someone said, they stick like glue!!!  And that person who was ‘supposedly’ your friend rejected you.  That abuse, that one is huge!!!  Maybe you’ve been told that you’re worthless or someone significant left you. Then you look in the mirror and you don’t have anything good to say about what you see in that reflection.

I believed so many things or “lies” about myself that it drastically influenced my life.  Here are a few of the lies that I believed:

I got entangled in a web of ‘lies’ and when in that place, it became my ‘reality’, my ‘truth’.  The events, the words of others or my own, molded a belief of self that became destructive.  You could’ve given me a hundred compliments and I wouldn’t have believed them.

I can remember specific events, traumas, and responses to situations where I consciously or subconsciously formulated a belief or an emotional response to it.  When it repeated, my reaction became: IF that happened…THEN…it must be TRUE!!!   Your perception becomes your reality, whether true or false.

One of the dictionary definitions describes a lie as an “untruth, involving deception or founded on a mistaken impression”.   Did you catch that…”A DECEPTION OR A MISTAKEN IMPRESSION”.

What dictates what you believe about yourself?  Is it people from your past or present, things that have happened and/or are still happening, words spoken to you, your own belief about yourself, abuse, or things you have done?

We live in a culture where there seems to be no absolutes anymore BUT there is one: it’s God’s Word and His love for us.

The Bible has become my standard of truth.  In it, I read passages where God describes His love for me, that He created me and that He has plans for my life, plans to give me a hope and a future.   Jeremiah 29:11

I embraced God’s truth and love for me.  It was a choice!!!  It’s been a journey of my perspective of self being transformed by God’s love for me. I’m not the same person that I was five years ago, a year or even six months ago.  I never thought that the freedom and healing that I now experience was ever possible…but it is!!!!    I now KNOW that IAMLOVED!!!!!!

Even though the reality of your circumstances may be glaring you in the face, I hope that you encounter God’s love for you and that the truth of what God says about you becomes your reality.  YOU ARE LOVED!!!

How has God revealed His love to you? Share your story and it could be featured on iamloved.tv.

2 thoughts on “The Truth About Lies”