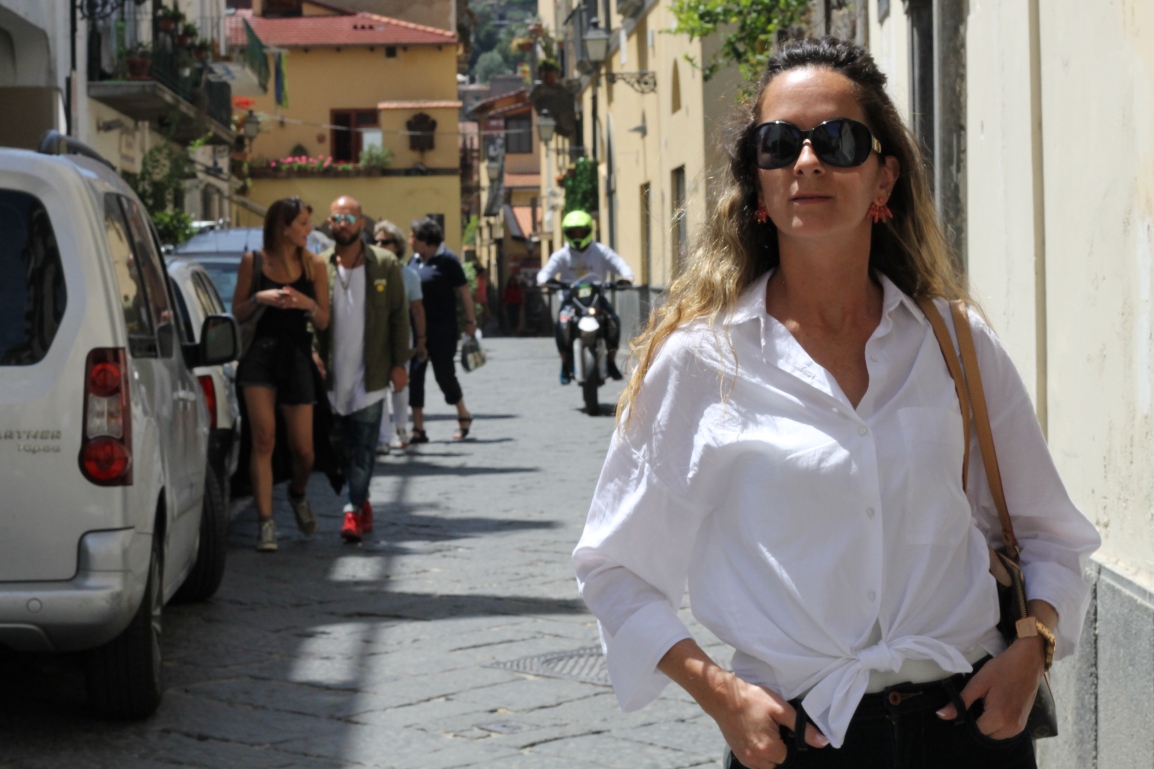 At Exponential, a church planting conference, Chris Hodges did a message about discipleship relationships and used the following Scripture as an illustration of relational wounds.

Genesis 11:27-32  (ESV)Now these are the generations of Terah. Terah fathered Abram, Nahor, and Haran; and Haran fathered Lot. Haran died in the presence of his father Terah in the land of his kindred, in Ur of the Chaldeans. And Abram and Nahor took wives. The name of Abram’s wife was Sarai, and the name of Nahor’s wife, Milcah, the daughter of Haran the father of Milcah and Iscah. Now Sarai was barren; she had no child. Terah took Abram his son and Lot the son of Haran, his grandson, and Sarai his daughter- in- law, his son Abram’s wife, and they went forth together from Ur of the Chaldeans to go into the land of Canaan, but when they came to Haran, they settled there. Terah lived for 205 years and died while still in Haran. (emphasis mine)

Why did they set out for the land of Canaan (which was future generations Promised Land), and not continue on to reach their final destination? Why did they stop and settle in Haran? The point made was this, the name of Terah’s son who died was Haran. When Terah came face to face with his greatest relational wound (Haran), he settled, and never moved past there into what would be the Promised Land. Terah never left his pain to reach his potential.

We’ve all been there. I know I have. Being hurt by, or worse, causing hurt to those treasured friends that are a true gift from the Lord. The people He strategically brought into our lives because He knew that together, we could navigate places that we wouldn’t ever handle alone. The one who will be upfront and honest and tell it like it is. The one who sees all of your ugly and loves you just the same. The one who, without a word being spoken knows the thoughts, feelings and craziness in your soul, and who can cut through it all to call out that which is not as though it were.

Real. Transparent. Strong. Those friendships are worth fighting for.

Ecclesiastes 4:9,10 (ESV) Two are better than one, because they have a good reward for their toil. For if they fall, one will lift up his fellow. But woe to him who is alone when he falls and has not another to lift him up. 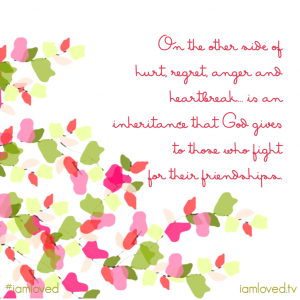 You were created to walk through life with others. On the other side of hurt, regret and heartbreak, is an inheritance that God gives to those who fight for their friendships.

It’s hard, it hurts and it makes us want to shrink away from other close relationships so that we won’t experience the same kind of pain in the future. But God has depth and intimacy in friendship waiting for you.

Ask the Lord to help guide you to genuine friendships with safe people who you can be real, open and vulnerable with, and who you can love and support unconditionally as they are the same with you. If you’re in relational conflict with a friend you know is a God-send, my prayer for you is that today, you’ll find the determination, grace and love to fight for that friendship with a fresh inspiration to see what awaits on the other side.

8 thoughts on “The Pain in Relationships”